With the state of the world and the lot of cancellations of big events, Square Enix will be revealing game announcements for games aimed for the cancelled E3 2020.

In the recent shareholders meeting on June 26, 2020, a question came up during the Q&A session of the meeting (translated):

Q: “Normally you announced new games at E3, but what are your plans this year with the changes due to coronavirus?”

A: “Yes, we normally do announce new games at E3. However, we did have plans to do a press conference as a replacement (for E3 2020), but since the assets weren’t ready, we were not able to hold the event. That said, we’ll make individual title announcements later when the timing is right. We have plans to announce several (new titles) through July and August.”

July and August is just around the corner and curious to see what the number of “several” new titles Square Enix has planned. Announcement for the second episode of Final Fantasy VII Remake? Only one could hope.

What announcements are you looking forward seeing? Leave your thoughts in the comments below.

Scott Pilgrim vs. The World Complete Edition The...

The Future of Gaming – Sony Reveals The...

Game Nitwits is an anagram for "wasting time". We contain a collection of views, reviews, thoughts, experiences and addictions to the ever popular and growing video game industry.

Get Them While Their Hot! 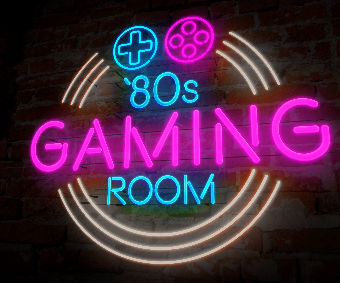 Find Us on the Web

What are you looking forward seeing in this years @thegameawards? More #WorldPremieres for me. https://t.co/WaQ6Q1q6zn

Reply Retweet Favorite
So if you're not getting Cyberpunk this week, December 6 - December 12, Here's a list of other releases:… https://t.co/fwGj2583Yc

Reply Retweet Favorite
It's December... where did the time go?

Reply Retweet Favorite
Started playing right at midnight. Crowd definitely called me. Forgot I worked early in the morning. But man, could… https://t.co/VmMLyo9bA8

Reply Retweet Favorite
Can't wait to relive this trilogy again! "I'm Commander Shepard and this is my favorite game in the Citadel".… https://t.co/YA9JIHNafo

We use cookies to personalize content and ads, to provide social media features and to analyse traffic. We also share information about your use of our site with our social media, advertising and analytics partners who may combine it with other information that you've provided to them or that they've collected from your use of their services. You consent to our cookies if you continue to use our website.